Massive Impact of Sports on the United States

The invention of sports is one of the supreme achievements of humankind. Nowadays we cannot imagine the world without tennis, football, basketball, cricket, baseball. For some countries, it is the embodiment of culture.

Can you think of England or Brazil without football? Kids are growing up on football. The same we can say about the United States, where basketball and American football are the most prominent types of sports. In this article, we will talk about the significant impact of sports culture in the United States.

When you win, you are born again

Sports for Americans is a unique phenomenon. This is from their ancestors, who once first stepped on the mainland and began to explore new territories. It was necessary to fight for a place in the sun, to compete. And sport tells people to be the first. Americans are convinced that sport helps to build faith in one’s strengths and capabilities and the ability to use them. A well-known basketball coach in the USA, J. Wooden, said that whoever knows how to play in a sports team will be able to act with great benefit for himself and society in other areas of life.

General Douglas MacArthur, the former president of the US NOC in the late 1920s, repeatedly emphasized that the seeds of victory in the World War were sown in the fields of friendly sports rivalry. Achieving victory in sports in the United States is a cult.

Sports are more just entertainment in the United States. Citizens not only watch various sports but nowadays it has become the main source of placing bets. In the United States, if we listen to the founders of Spinia, top gambling sites are incredibly popular among ordinary citizens. They offer unique possibilities on NBA, NFL, MLB – the leagues that enjoy the most popularity in the country.

One may think that the gambling industry is not a necessary prerequisite to emphasize the meaning of sports in the United States. Still, it is an additional factor in the development of prominence in the North American country. 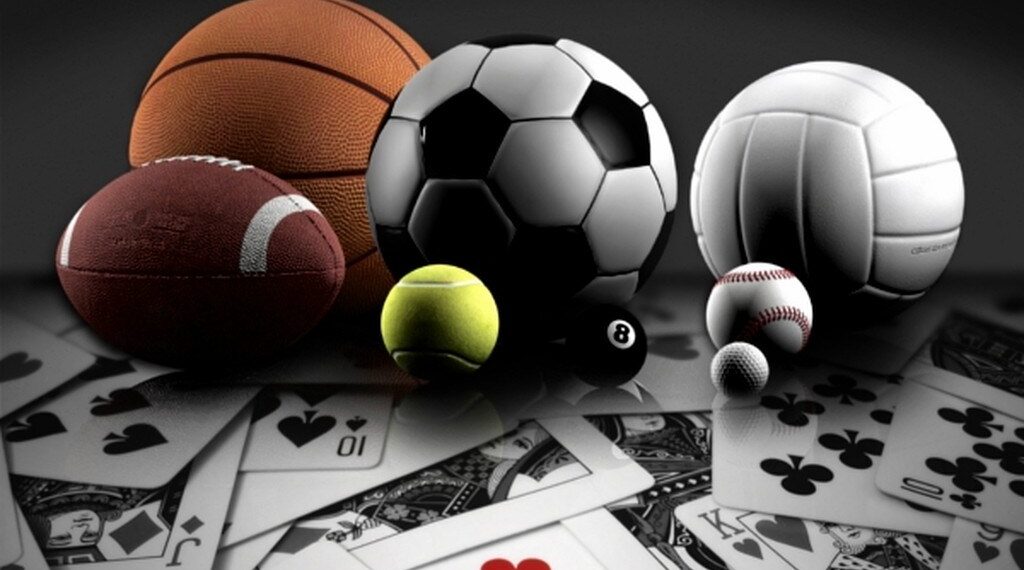 Vince Lombardi, who was one of the most popular football coaches of the 1960s, declared: “Winning is not everything, it is the only thing!” In this model of values, every American athlete is guided by the principle that in the USA is called “self-made calculation,” and achieving success depends primarily on personal, individual qualities, ambition, determination, initiative, and only to some extent, from cooperation and team spirit.

Since childhood, Americans are already convinced that the real value of sports is to prepare for life, material success. This is largely facilitated by such motto slogans preached in sports, hanging in the vast majority of school locker rooms: “You are nobody until you are number 1”, “In this country, if you finish second, no one knows your name”, “The greatest goal in life is to succeed!” Americans want to be winners anywhere: in school, business, politics.

Sport is a concentrated expression of this. You can talk about it as a manifestation of social Darwinism. Most American students are drawn to three native American sports – American football, basketball, and baseball. Moreover, as a rule, in schools, priority belongs to American football, one of the toughest sports in the world. Using the examples of football ethics, the younger generation of America is brought up. “Punish the attacker!” “Make the enemy afraid, break his spirit!” – Such pious parents give such advice to their children.

Special mention should be made of the media (especially television), without which sports would not have become so popular in the United States. A schoolchild between the ages of 6 and 18 spends an average of more than 15 thousand hours on TV, that is, 2 thousand more than at school. And TV in America is a source of ​​sport. The coverage of sporting events in American newspapers is approximately 15%. This topic takes up more space in them and is of more interest to many readers than domestic and foreign policies combined. Besides, in the United States, 1,100–1200 books on sports are published annually, most of which are explicitly devoted to professional sports and the life of sports superstars.

The heroization of sports winners is one of the activities of the American media. The halo of fairy-tale heroes and the psychological moment of competition in sports have such a significant impact on American society that every American, from childhood, cannot help but think about sports and somehow not participate in sports. American culture is characterized by the desire to materialize its ideals in people of a particular type – supermen, superstars.

The winning athletes fit perfectly into this cohort. Equalization to the champion is embedded in the psyche of almost all American schoolchildren. Not so long ago, a curious study was conducted in several schools in New York. To the only question in the questionnaire: “How would you like to distinguish yourself?” – 44% of students answered that they would like to become superstar athletes, 31% wished to become excellent students, and 25% said they would like to be simply popular, without specifying in which area. It is interesting to note that American sociologists conducted a similar study in the late 1950s, and the results of the survey were practically the same. It is no coincidence that many in the USA call sports the second religion.

How to Secure Your Cryptocurrency in 2023

6 Precautionary Steps to Take Before Moving During COVID

When To Bet Maximum Coins In Online Slots – 2023 Guide

What Are No Verification Casinos and How Safe Are They